This Week in the Future of Cars

The Trucks and Cars Most Likely to Go 200,000 Miles and Beyond

These Are The Cars People Keep for More Than 15 Years

Touted as the “Kayak.com” for people in the market to buy a car, a new site that rates used car dealers on the fairness of their pricing…may make car salesmen quiver in their suits…people who are poor negotiators would do well to at least start their bargaining from the lowest price possible for the car they want to buy. About one out of four used car listings is over-priced by an average of over $1,000, based on ISeeCar’s analysis of 30 million car listings

Men Like Minivans and Hybrids as Much as Women Do

Recall Throwdown: Analyzing Automakers’ Recall History in the Past 30 Years- Who Wins? 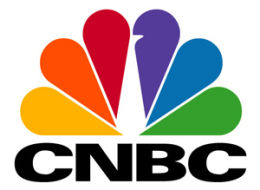 Tesla Cars are Worth More Used than New

Mercedes-Benz Has the Lowest Vehicle Recall Rate in U.S.: Study

Where to Find the Best (and Worst) Used Car Deals

The conniving used car salesman might become the next casualty of the digital age. A used car shopping site called iSeeCars … ranks used car dealerships and arms consumers with as much information as is available for new car shoppers.

The 10 Safest Car Brands on the Road

Has GM Made Any Cars Recently That Don’t Have to be Recalled?

15 Most Recalled Cars in America

Automobile Recalls are on Pace to Break Record Highs 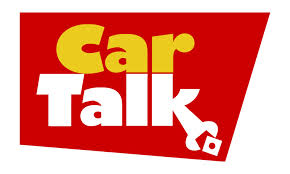 Buying a New Prius? It Pays to Shop Around

Men are From Planet Lamborghini, Women From Mini 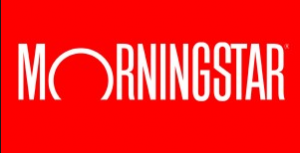 Update: This Chart Proves Women are Smarter Than Men

Huh? Used Tesla Car is Worth More Used than New

Site Breaks Down Preferences Between the Sexes

Automakers with the Lowest (and Highest) Recall Rates 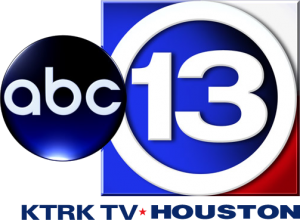 Minivans and Hybrids Shopped by Men And Women Equally

The Finest Performance Cars of the Year

Used Car Prices in the U.S. Are Falling From Historic Highs

The Most Popular Car Colors, Brands and Styles by Gender

Looking to Buy a Used Diesel Car? Head to Buffalo

Hybrid Cars Show They Can Go the Distance

The New & Improved iSeeCars.com Worth a View

The most interesting to me is you can instantly see how the car’s price compares to other used cars…Frankly, I think that’s brilliant….I’m putting iseecars.com at the top of my list for best used car buying websites.

According to iSeeCars.com, used car dealers cut the price on the average vehicle between one and six times over that 31.5 day listing period. The first price drop is significant — the firm says that the price drops, on average, by 5% the first time the dealer rips the old sticker off the car and pops a new on.

Which City Has the Worst Fuel Economy For All of its Used Cars?

The folks at iSeeCars, a site created to help consumers find used and new cars for sale, crunched the data from 30 million used car sales around the U.S. to find where MPG numbers matter to buyers, and where they don’t.

iSeeCars is also taking five years worth of data generated by millions of transactions to provide what Ly called “nuggets” of insight to help both buyers and sellers. For instance, it recently found, by analyzing the average market prices of 20 million cars for sale over the past year, that consumers will find basically the same deal at a used car dealer as at a new car dealer. (The perception has typically been that used dealers had better prices.)

If you’re looking for the best deal on a used car, some national auto search experts have a special message for you: Cool your jets for 30 days and save 5%, 7% or even 15% on that car you really want.  Sure, by stalling, there’s a risk in losing it. But the folks at iSeeCars.com (who follow this sort of thing), say cars last on a lot longer than you might think, and that a little patience waiting on a used car can easily net you four figures in savings.

Car classified aggregator site iseecars.com has put together a list of surprising cars that you wouldn’t necessarily expect their affluent owners to be carting around in. Here are six of the more surprising entries.

If you’re in the market for a used vehicle, you might want to check out this new search site. The Boston-area startup is also doing analysis on used-car prices across different U.S cities.

Looking for a Good Deal on a Used Car? You Live in the Right Place

iSeeCars…empower them to land the best deal possible. The company’s algorithm can track how long a car has been listed and how many price changes it has undergone, which can offer consumers greater leverage when it comes to settling on a price.

iSeeCars: 10 Cities Where Used Price of Prius is Lowest

iSeeCars’ analytics are extremely thorough.They have about 30 million automobiles listed on the site and provide critical information on each and every one. For example, everyone knows mileage and the number of previous owners are important metrics when looking at a used car. iSeeCars kicks it up a notch, however, and provides data that often goes unconsidered, such as whether the previous owners had pets or how the car compares to similar models with comparable mileage.

Best Days to Buy Anything

Oregon’s Best-Selling Car is a Truck

Twenty percent of the time, dealers have cut the retail price of a used car an average of nearly 7 percent by the time it gets in the hands of a consumer. That’s according to iSeeCars, which came to this conclusion after analysis of 30 million used cars.  The company’s analysis also determined that prices on used cars are reduced between one and six times throughout the period in which they’re listed for sale.

The Most Popular Car Colors, Brands and Styles by Gender

Looking to Buy a Used Diesel Car? Head to Buffalo

New Study Shows What Cars Last for More than 200,000 Miles

South Florida Cheapest For 5 of 10 Most Popular Used Cars in 2013, iSeeCars finds

Where to Find the Best Price on Popular Used Cars

Cars Most Likely Purchased by Men vs. Women

A Used Model S is More Expensive Than a New One

Online search engine iSeeCars.com offers some valuable negotiating tips. They analyzed price action on 30 million used cars for sale over the past twelve months, and discovered something interesting. The average dealer needs about a month to move a typical vehicle, and often reduces the price from one to six times until the car is sold. They found that about 20 percent of used car prices were cut by at least 7 percent, or roughly $1,050 on a $15,000 car.

5 Vehicles With the Longest Lifespans

Ford and Chevy Trucks, Honda Accord Most Likely to Last 200,000 Miles

Only One Passenger Car on the Market Lasts …

Which Last Longer, Cars or Trucks?

What are the 12 Safest Brand of Vehicles?

People Lie on their Car Insurance Forms. Who Knew?

The 10 Safest Car Brands on the Road

10 Cars and SUVs That Will Likely Cost Under $10K

Why these Two Subarus are the Most Likely to go 200,000 Miles

Road Warriors: What are the Longest Lasting Cars?

5 Vehicles with the Longest Lifespans

After looking at more than 20 million used cars for sale over the past year at dealerships throughout the country and weighing the prices of franchised dealers against those of independents,  iSeeCars suggests their respective deals aren’t that different.  All told, the prices at what iSeeCars referred to as new-car dealers (i.e. franchised lots) were only an average of 0.26 percent better than their used-car dealer counterparts (i.e. independents), according to iSeeCars.

The 10 Most Popular GM Cars and Trucks in Pennsylvania

These Vehicles are Built for the Long Haul

Recall Numbers Only Tell Half the Story

Study: Mercedes Has Lowest Vehicles Recall Rate; BMW is Most Responsive to Repairs

How do Car Preferences Vary Between Men and Women?

Tesla Motor Cars Are Worth More Used than New

Honda Civic Has Most High-Mileage Hybrids on the Road

Surprisingly, This is the Hybrid Vehicle Going the Extra Mile for Consumers

Do Hybrid Cars Save Money?

Used GM Cars Affected By Recall Getting Hurt In The Marketplace

When A Car’s Price Tag Can Be A Red Flag

Car Deal Too Good To Be True? It’s Probably A Scam 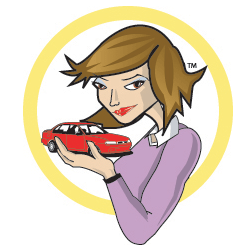 Car Shopping: When Is A “Deal” Too Good To Be True?

The “Color” Of Money In Car Resale

Top 10 SUVs That Are Magnets For Car Thieves

When Is The “Best” Time To Buy A Car?

Study: Used Cars Not Affordable in Many Households

Used Cars Out of Range Financially for Many Americans: Study

Best and Worst Cities for Buying a Used Car

Honda: Underreporting, Takata and the CFPB

Which Cars Depreciate the Most?

If Your Car, New or Used, on Any of these Best-Worst Lists?

Decode Dealer Talk and Get a Better Deal

What’s Driving the Increase in Truck and SUV Sales?

Fast Breaks: Cars Consumer Can’t Wait to Get Rid Of

Buick tops the list of new cars dumped within a year

7 cars that people can’t wait to trade in

Car Shoppers Get Serious on Fourth of July

The 7 Cars People Regret Buying Most 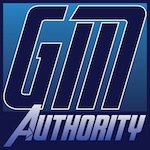 2014 Buick Regal Tops List of Must Frequently Traded In Vehicles

Cars That Depreciate the Slowest

Which Pickup Trucks Last the Longest?

Here Are the Top 10 Car Models Most Likely to Run for a Long, Long Time

Top 10 Longest Lasting Cars and Vehicles According to iSeeCars.com Study 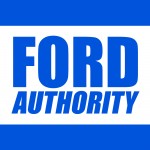 These Are the Cars that Most Frequently Make it Past 200,000 Miles in America